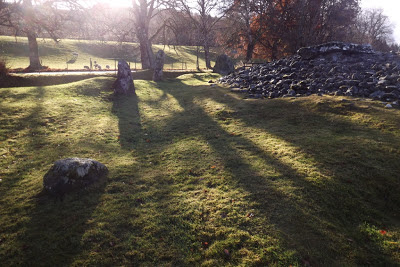 There are days that are made for exploring, and this was one of them. Waking up confused, caught in a tangle of dreams twined with long-forgotten memories, I found myself longing to escape down roads never travelled, heading to places never seen. And on that impulse I drove, dazzled by the autumn sun, until I came to the shores of the deepest, darkest body of water I could find – Loch Ness. And from there (after some moody staring into the whipping wind) to a place I’d been wanting to see ever since I knew it existed - Corrimony Chambered Cairn. 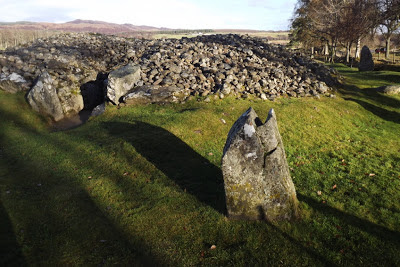 Situated 8 miles from Loch Ness, this ancient burial site is a gem. Built by neolithic farmers in the 3rd millenium BC,  it consists of a passage grave surrounded by a kerb of slabs and 11 standing stones - all of them wonderfully crooked, weathered and strange. 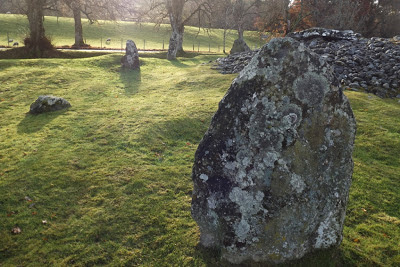 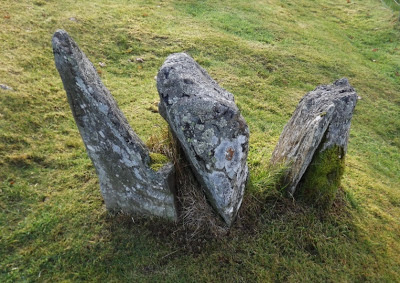 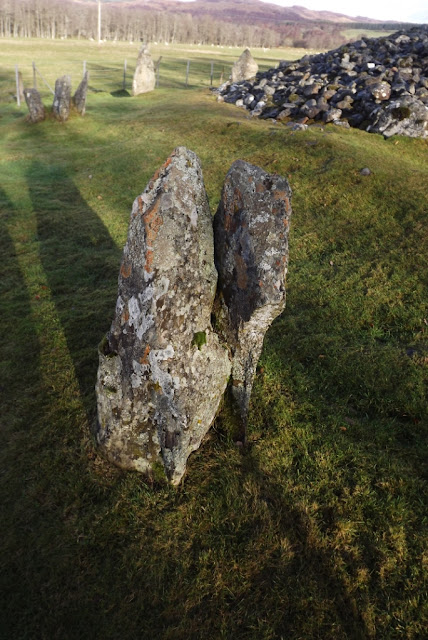 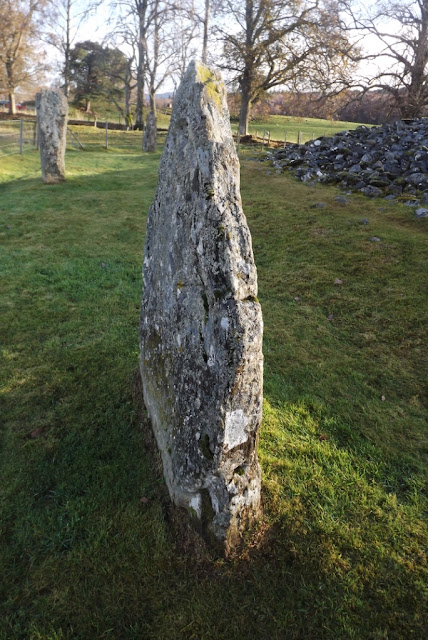 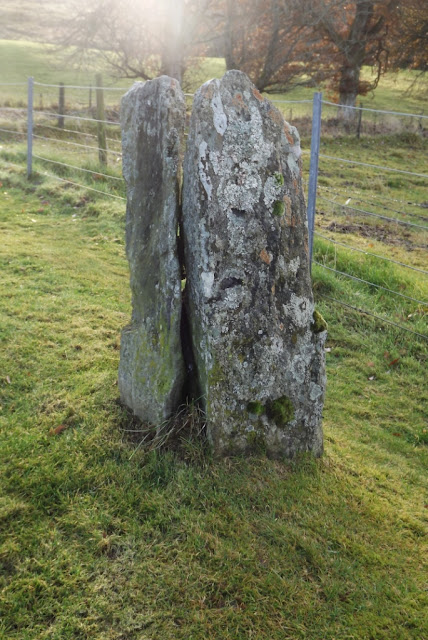 The entrance passage is aligned South West, meaning that the rays of the setting sun travel down it at the Midwinter Solstice. Similar cairns at Clava, a few miles east of Inverness, were built with the same alignment. In total there are nearly 50 cairns of this kind in the North East of Scotland. What was in the minds of the people who built them no one knows for sure, but it's possible that they had a belief in some form of journey for the spirits of their dead. 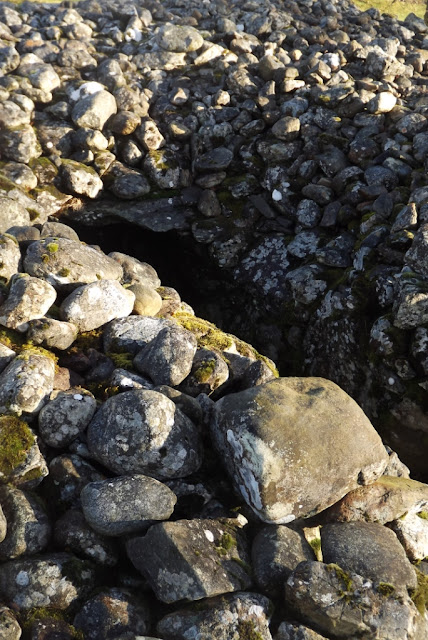 Archaeological evidence suggests that these sites were collectively  used by communities for cremations, serving more as shrines to the dead than as tombs. When Corrimony Cairn was excavated in 1952, traces of just one set of remains were found - an adult, probably female, lying in a foetal position and facing down the passage towards the entrance. 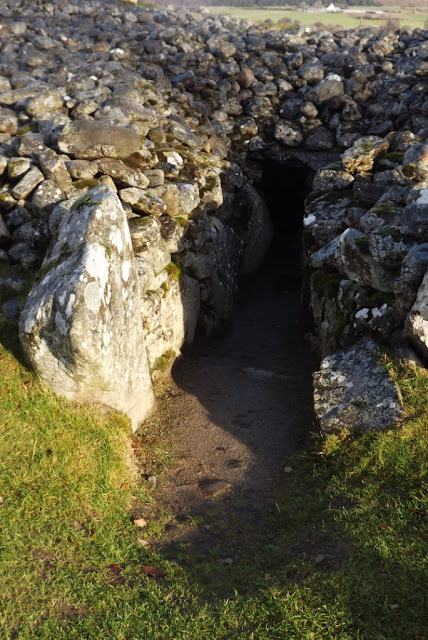 The entrance passage is short and not overly restrictive, but it's eerie all the same. It echoed with an unnerving hollowness under my hands and knees as I crawled through. The cropping of the sheep in an adjacent field merged with the slow dripping of water from the cairn to become shuffling footsteps following behind. 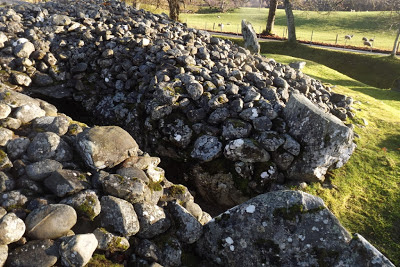 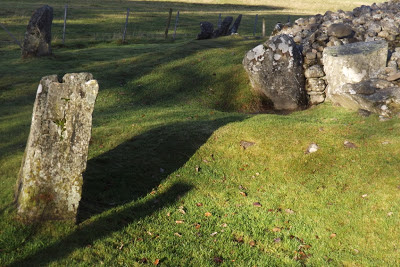 The crows called their warnings, but inside I felt safer than I’d expected. I was protected, not trapped - the walls are intact only to head-height, the roof having long since collapsed. 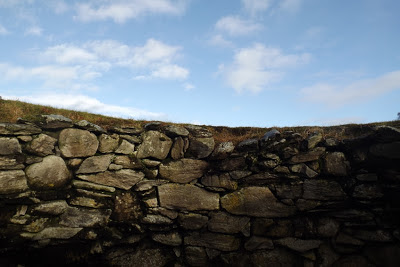 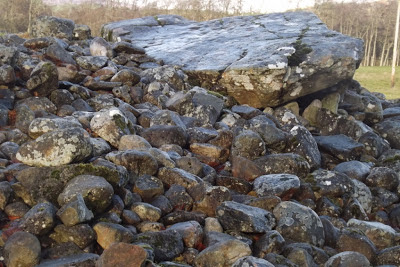 Part of what is believed to be the original capstone, huge and decorated with cup marks, lies near the top of the cairn. 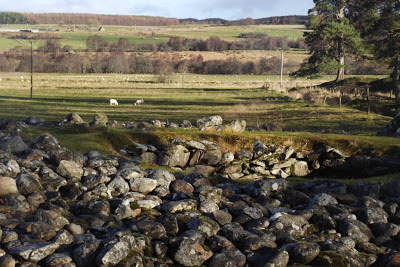 I wish now that I had also thought to climb up the outside of the cairn to look into the chamber from above, as it seems that other people do so. I erred on the side of good manners though. The place seemed untouchable in its magic, and worthy of more respect. 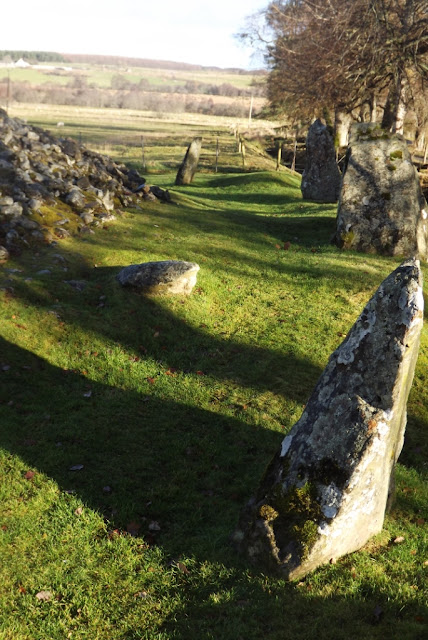 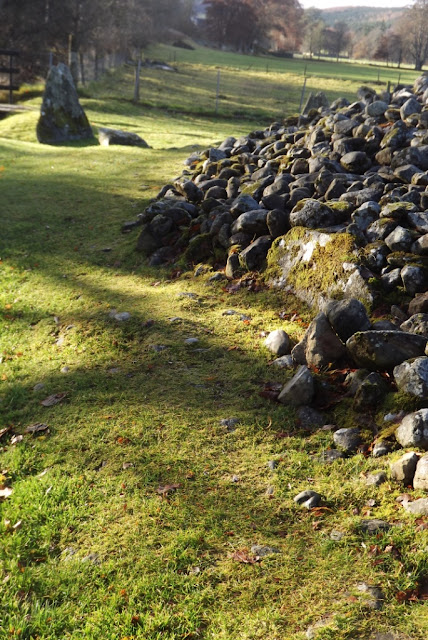 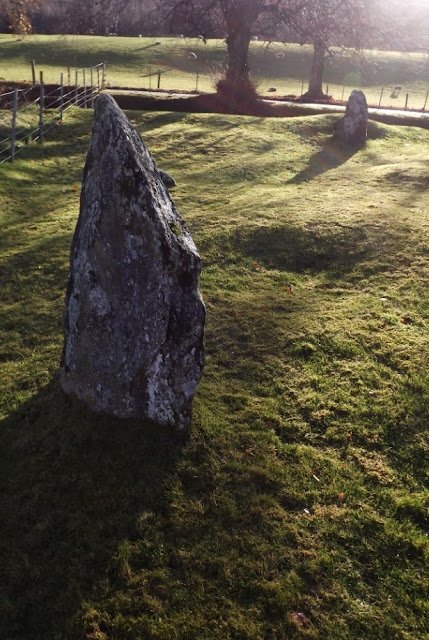 My heart was lighter on the journey home. I was singing as I drove through drifting leaves, between blood-red banks of autumn Beech.

The ghost that had been hanging just out of sight in the corner of my mind was gone. I had taken it to an appropriate place, and left it there. 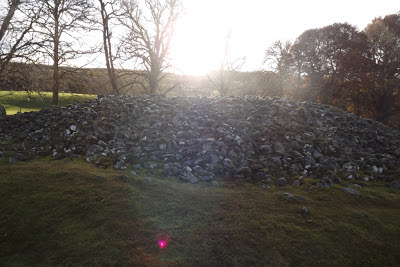 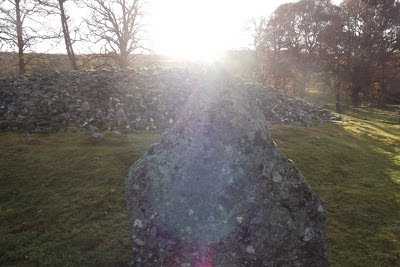