The Eagle Stone and the Brahan Seer


‘When the Eagle Stone falls 3 times, the Strath will be engulfed by the sea, and boats will moor to the stone.’
- prediction of Coinneach Odhar (Kenneth Mackenzie), the Brahan Seer,  16thC or 17thC

The Eagle Stone at Strathpeffer, to the north of Inverness, is discreetly but very firmly concreted into the mound on which it stands. Since it’s believed to have fallen twice already, no one’s taking any chances. When it fell for the second time, the Cromarty Firth rose up and flooded the neighbouring town of Dingwall. So they say. 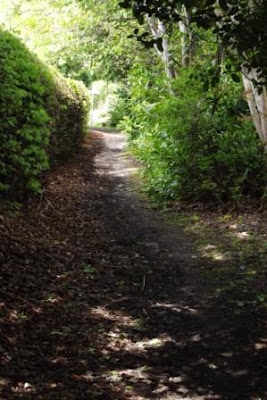 The Eagle Stone is a short walk from the centre of Strathpeffer, up a leafy lane ... 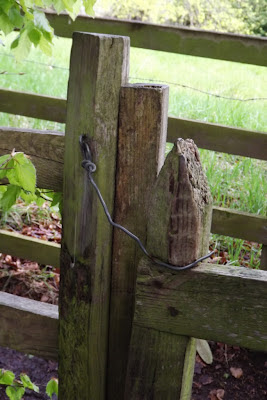 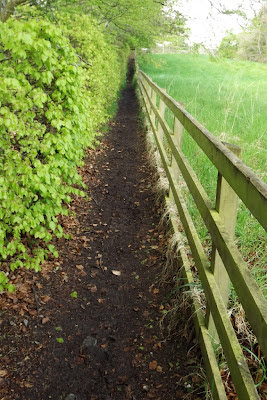 ... and along a muddy path at the edge of a field.

A slab of blue gneiss 2ft 8in tall, the Eagle Stone was also once known as Clach an Tiompain (the stone of the hollow sound or echo) in reference to the sound it makes when struck. I didn’t try it – pretty sure it’s not encouraged! 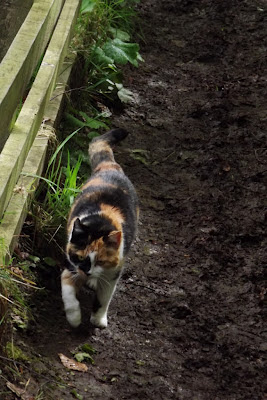 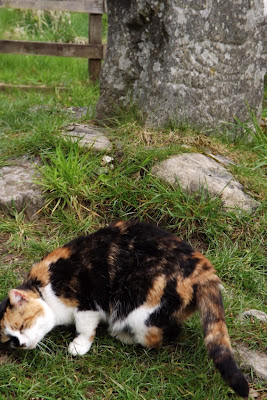 On the summit of the Cat's Back is Knockfarrel, a vitrified Iron Age hill-fort. Within the walls of the fort is a well, capped by a stone. The Brahan Seer prophesied that should this stone ever be removed, Loch Ussie will ooze up through the well and flood the valley below to such an extent that ships will sail right up to Strathpeffer and attach their cables to the Eagle Stone. This will happen when the stone has fallen three times.


So, what of the man behind this sombre prediction? The Brahan Seer is the most famous of Scotland’s seers. He made a string of prophesies about the future of the Highlands, many of which have since come true. He predicted the Highland Clearances, the building of the Caledonian Canal and the arrival of the railway. He also famously foretold the downfall of the Seaforth Mackenzies, his patrons, with astonishing accuracy over a hundred years before it happened.


What little we know of the Brahan Seer was collected from the Gaelic oral tradition and first published in 1877, at least two centuries after he had lived and died. In those intervening years, many conflicting stories had come to be told of him. Although the Brahan Seer may well have existed in reality, almost everything about him has long ago melted into folklore. 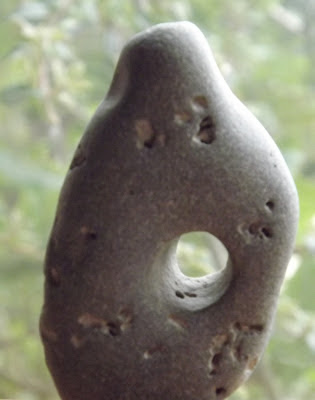 The story goes that a young Isle of Lewis boy, Coinneach Odhar, found a small stone with a hole in it. When he looked through it, he was struck permanently blind in that eye but had acquired the gift of second sight. He spoke prophesies throughout his life, later moving to Brahan, near Inverness, where he earned his living as a wandering labourer. At some point he became known as the Brahan Seer. 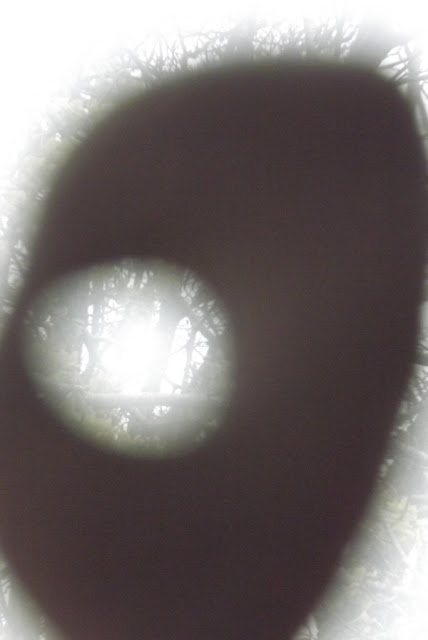 An alternative story of how Coinneach came by the stone has it that his mother was tending her cattle one night at her summer sheiling overlooking the Baile-na-Cille graveyard in Uig. Close on midnight, she saw the graves opening and the spirits rising up and departing in all directions. Within the hour they returned and the graves closed. All save one. Curious to know why this one spirit hadn't returned, Coinneach’s mother barred the opening with her stick and waited. The spirit who soon tried to enter the grave was a Norwegian princess who had drowned and been washed ashore, far from home. She had returned later than the others, she said, because her journey – to Norway and back - had been longer. In return for being allowed to re-enter her grave, she revealed the location of the seeing stone. 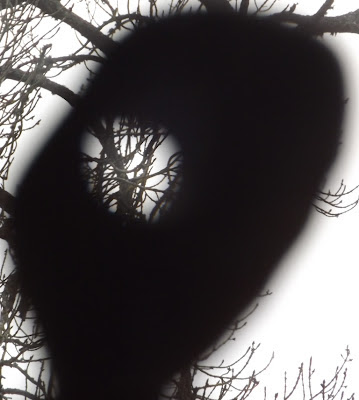 Another account of how Coinneach came by the stone tells that he found it in a raven’s nest.

Yet another story is that, having moved to Brahan, he fell asleep in the sun while cutting peats. He awoke to find the stone on his chest, and by looking through it he could see that the food brought out to him that day was poisoned. And so the stone saved his life. 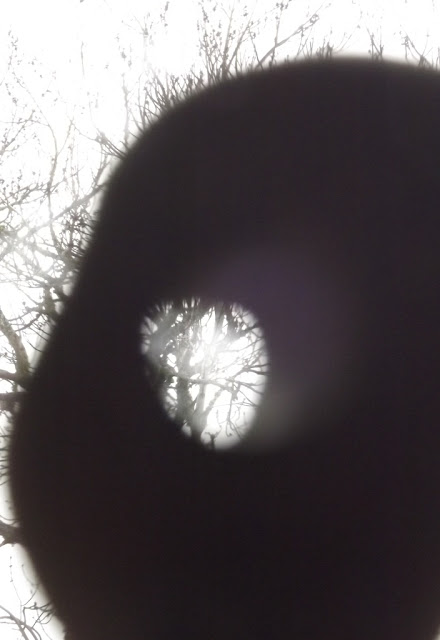 It’s said the gift of second sight brought no  happiness. Coinneach’s visions were rarely of anything good,  made little sense, and often didn’t seem of much consequence.

He lived into extended, if troubled, old age. Or, alternatively, he was burnt as a witch at Chanonry Point on the Black Isle, by being forced head first into a burning barrel of tar through which stakes were then driven. It may be that both versions of his life are true – there may have been more than one Seer, their stories later becoming confused (belief in the gift of second sight was widespread). Two people may have been remembered as one. 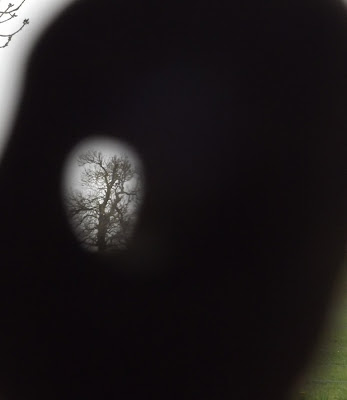 Shortly before his death, the Brahan Seer is said to have thrown his seeing stone into a lake, claiming that many years in the future it would be found by a ‘lame humpbacked mendicant.’ And by then his prophecies would have come true.

Or in another telling of it, he threw the stone into a cow’s hoofprint, cursing those who were about to murder him, and declaring that a child with two navels (or in other versions 4 thumbs and 6 toes) would be born. This child would discover the stone inside a fish and so be gifted with prophetic sight. The hoofprint rapidly filled with water and continued to do so until it became Loch Ussie. 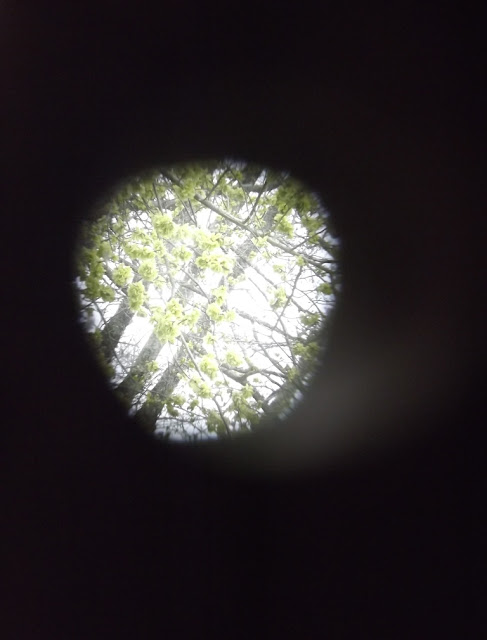 We can’t now know the truth of Coinneach Odhar’s life, or understand his extraordinary experience of the world. We can only speculate about his abilities and his beliefs. As a writer I feel bound to say that each of the stories woven about him is as valid as the next. Each one has its own purpose and power. In truth though I like some of them better than others.

A young boy found a stone with a hole in it through which he saw the future. That’s the best story of all right there.

A small selection of the Brahan Seer’s prophecies:

'When it becomes possible to cross the River Ness dry-shod in five places, a frightful disaster will strike the world' (Fulfilled. A fifth bridge was built in the last few days of August,1939. Hitler invaded Poland on September 1st.)

‘When nine bridges cross the River Ness, there will be fire, flood and calamity.’ (A ninth bridge was built in 1987. Many people considered the prophecy fulfilled by the Piper Alpha disaster in 1988.)

'Strange as it may seem to you this day, the time will come, and it is not far off, when full-rigged ships will be seen sailing eastward and westward by the back of Tomnahurich, near Inverness.' (Fulfilled by the construction of the Caledonian Canal 1803-1822.)

‘The natural arch, or Clach tholl, near Storehead in Assynt, will fall with a crash so loud as to cause the laird of Leadmore’s cattle, twenty miles away, to break their tethers.’ (Fulfilled, 1841. The laird’s cattle had strayed near the arch, and when it fell they stampeded in panic.)

‘A black hornless cow will give birth to a calf with two heads.’ (Fulfilled)

‘The day will come when the Lewsmen shall go forth with their hosts to battle, but they will be turned back by the jaw-bone of an animal smaller than an ass.’ (Surprisingly fulfilled, 1745. Lord Seaforth, who was dining on a sheep’s head at the time, waved the jawbone at his men as he ordered them to return home.)

‘The day will come when the Mackenzies of Fairburn shall lose their entire possessions, and that branch of the clan shall disappear almost to a man from the face of the earth. Their castle shall become uninhabited, desolate and forsaken, and a cow shall give birth to a calf in the uppermost chamber in Fairburn Tower.’ (The last of the Mackenzie line died unmarried in 1850. The castle fell into ruin, and a cow calved in the tower, 1851.)

‘Sheep shall eat men, men will eat sheep, the black rain will eat all things; in the end old men shall return from new lands.’ (A prophecy as yet unfulfilled, and still feared.)

And of the mineral wells at Strathpeffer:
‘Uninviting and disagreeable as it now is, with its thick crusted surface and unpleasant smell, the day will come when it shall be under lock and key, and crowds of pleasure and health seekers shall be seen thronging its portals, in their eagerness to get a draught of its waters’ (Fulfilled. Strathpeffer became an elegant Victorian spa town to rival even Harrogate.)