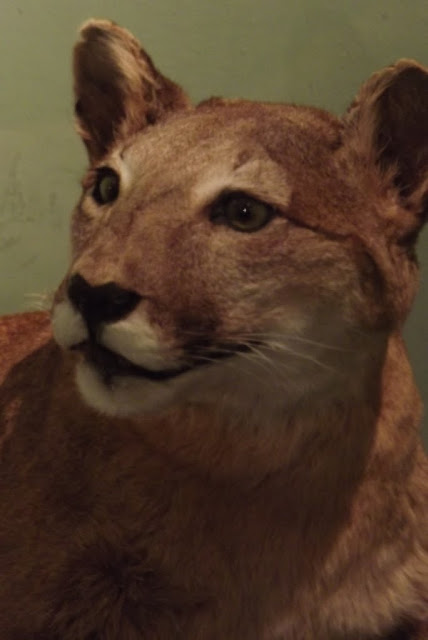 There’s an alien big cat in Inverness - I’ve seen her myself and she’s a beauty. She gazes out serenely from her glass case in Inverness Museum, a grand old lady, calmly keeping the secrets of her mysterious origins to herself. 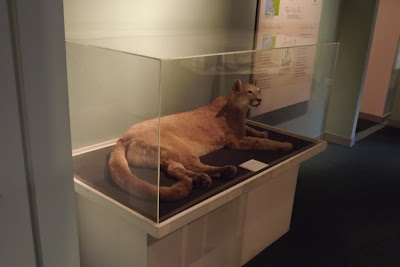 Wherever Felicity began her life, she ended it in captivity, captured in 1980 near Cannich, 12 miles west of Loch Ness. Police had previously searched in vain for the ‘lioness’ that farmer Ted Noble had seen stalking his ponies. 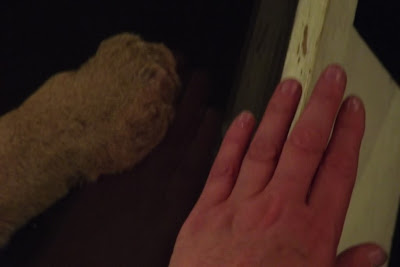 For over 2 years he had been losing livestock, mainly sheep, finding them savaged and with their bones crushed. The mystery beast had been sighted a number of times not only by himself but by other local people. Eventually, frustrated by police reluctance to make a further search, he decided to take matters into his own hands. He erected a purpose-built steel cage near his farm and baited it every day with fresh meat. Returning to it on October 29th 1980 he found he had caught a 5ft female puma. 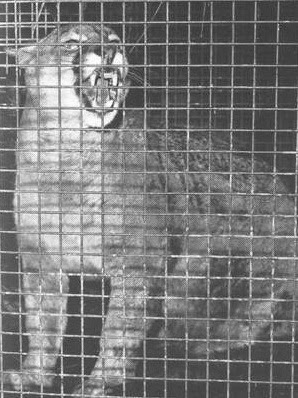 Unanswered questions remained however and there were even suggestions that Mr Noble was the victim - or the perpetrator - of a hoax. This animal was curiously tame, elderly and arthritic. Doubts were raised as to whether she could possibly be the same creature responsible for attacking and carrying off livestock. Felicity, as she came to be named, even allowed experts who examined her to pet her behind her ears – she was hardly the ferocious wild beast they had expected. And, most intriguingly, the big cat sightings and livestock losses continued even after her capture.

Nonetheless, analysis of her faeces in the first hours of captivity showed that Felicity had recently fed on deer, rabbit and sheep, suggesting that despite her advanced age and tameness she had indeed been hunting and surviving independently in the wild, possibly for some time. The question is, did other big cats remain at large in the area? To this day the Highlands experience an abundance of sightings. I recently met this lovely lady who saw a big cat near Dornoch in Sutherland in 2011 - I'm very envious!

Sightings of big cats in the UK are far too numerous to even begin to give any general account of them here, but here’s one other interesting case from 1927, again from the Scottish Highlands. Following the finding of strange footprints and the slaughter of a number of sheep and goats, an Inverness-shire farmer killed ‘a large, fierce, yellow animal of unknown species’. The livestock losses and footprints continued until a second similar animal had been shot and a third one trapped. When a body was sent to London Zoo for identification it was found to be that of a lynx. (Source: The Complete Books of Charles Fort, p.600, quoting Daily Express, 14 Jan. 1927)

Anomalous big cats aren't just a modern phenomenon of course - reports are spread throughout history (and across the continents).

The idea that such creatures are roaming the British Isles is often scoffed at. Sightings are dismissed as misidentified domestic or large feral cats, hoaxes or just general silliness (and perhaps they often are). Surely if there were big cats living, possibly even breeding, in the UK, we would know it beyond a doubt. Where are the bodies? Where is the evidence? 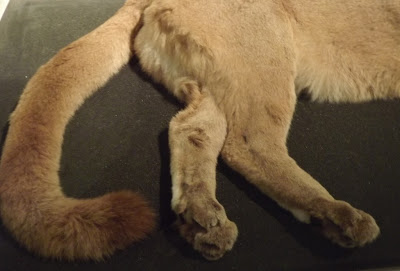 Inverness Museum for a start.... There's also the Canadian lynx shot in Devon in 1903, recently rediscovered in storage and now on display at Bristol Museum. And Lara ('The Beast of Barnet'), a European lynx captured in a hedge in a Golders Green garden by staff from London Zoo in 2001. 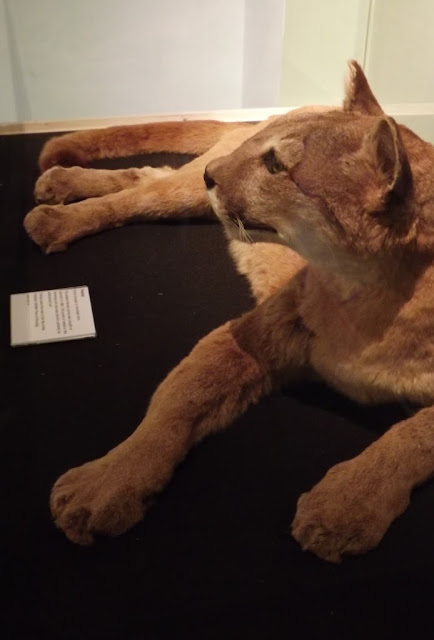 Felicity lived out the remainder of her days in comfort at the Highland Wildlife Park, Kingussie, finally dying of old age in 1985. She was subsequently stuffed and put on display at Inverness Museum where she continues to be one of its most cherished exhibits. ‘You really love that cat, don’t you!’ someone commented as I took my umpteenth photo. (He was from North America so probably not too surprised by the idea of a puma on the loose.) 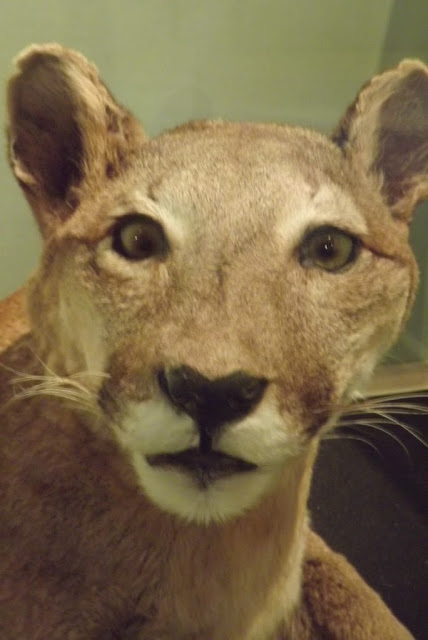 I do love her. How wonderful it would have been to see her in the wild.

Although I doubt anyone would have believed me....

Audio recording of Felicity growling in the cage at the time of her capture - Am Baile: highland history and culture

Australian Big Cats: On the track of the big cat mystery in Australia, and around the world

Francis, Di, The Beast of Exmoor and Other Mystery Predators of Britain, Jonathan Cape, 1993